What is vitamin preparation？

Vitamins are a kind of trace organic substances that humans and animals must obtain from food in order to maintain normal physiological functions. They play an important role in the growth, metabolism, and development of the human body. Vitamins neither participate in the formation of human cells in the body, nor provide energy for the human body. 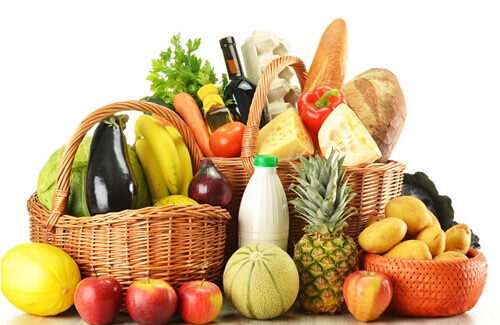 Vitamins are a class of organic compounds necessary to maintain good health. This kind of substance is neither a raw material for body tissue nor a source of energy in the body, but a kind of regulating substance, which plays an important role in material metabolism. Such substances cannot be synthesized in the body or the amount of synthesis is insufficient, so although the required amount is small, it must be supplied by food frequently.

①Vitamins are all present in food in the form of provitamins;

②Vitamin is not a component of body tissues and cells, and it does not produce energy. Its role is mainly to participate in the regulation of body metabolism;

③Most vitamins cannot be synthesized by the body or in insufficient synthesis, which cannot meet the needs of the body and must be obtained from food frequently;

④The human body has a small demand for vitamins. The daily demand is often calculated in milligrams or micrograms. However, if it is lacking, it will cause corresponding vitamin deficiencies and cause damage to human health.

Vitamins are different from the three major substances of carbohydrates, fats and proteins. They account for only a small proportion of natural foods, but they are also necessary for the human body. Some vitamins such as B6 and K can be synthesized by bacteria in the intestinal tract of animals, and the amount of synthesis can meet the needs of animals. Animal cells can convert tryptophan into niacin (a B vitamin), but the amount produced is not what is needed; vitamin C can be synthesized by other animals except primates and guinea pigs. Plants and most microorganisms can synthesize vitamins by themselves, without having to supply them from outside the body. Many vitamins are part of prosthetic groups or coenzymes.

Vitamins are some small amounts of organic compounds necessary for the nutrition and growth of humans and animals. They play an extremely important role in the body's metabolism, growth, development, and health. If a certain vitamin is lacking for a long time, it will cause physiological dysfunction and certain diseases. Generally obtained from food. There are dozens of species discovered at this stage, such as vitamin A, vitamin B, and vitamin C. 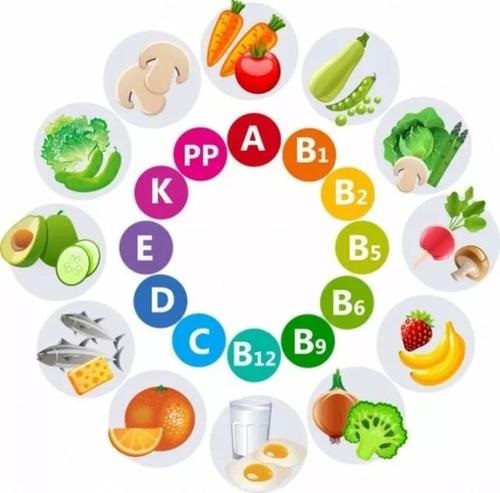 Vitamin A, an anti-dry eye vitamin, also known as a beauty vitamin, is fat-soluble. It is not a single compound, but a series of derivatives of retinol (retinol is also translated as vitamin A alcohol, rosin oil), also known as anti-dry eye vitamins. It is mostly found in cod liver oil, animal liver, and green vegetables. Lack of vitamin A is prone to night blindness.

Vitamin B1, thiamine, also known as anti-beriberi factor, anti-neuritis factor, etc., are water-soluble vitamins. It was discovered by Casimir Funk in 1912 (one said 1911). It usually exists in the form of thiamine pyrophosphate in organisms. It is mostly found in yeast, grains, liver, soybeans, and meat.

Vitamin B2, riboflavin, water-soluble. Also known as vitamin G, it is mostly found in yeast, liver, vegetables, and eggs. Lack of vitamin B2 is prone to inflammation of the mouth and tongue (oral ulcers) and so on.

Vitamin B4 is no longer regarded as a real vitamin at this stage. One of the B vitamins, it was first isolated from pig liver in 1849. Since then, choline has been regarded as a component of phospholipids. Eggs, animal brains, brewer's yeast, malt, and soy lecithin are higher in content.

Vitamin B5, pantothenic acid, water-soluble. Also known as ubiquitin. It is mostly found in yeast, grains, liver, and vegetables.

Vitamin B6, pyridoxine, water-soluble. Including pyridoxine, pyridoxal and pyridoxamine. It is mostly found in yeast, grains, liver, eggs, and dairy products.

Biotin, also known as Vitamin H or Coenzyme R, is water-soluble. It is mostly found in yeast, liver, and grains.

Vitamin B12, cyanocobalamin, water-soluble. Discovered in 1948 by Karl Folkers and Alexander Todd. Also known as cyanocobalamin or coenzyme B12. It is mostly found in liver, fish, meat, and eggs.

Inositol, water-soluble, cyclohexanol, vitamin B-h. It is mostly found in the heart and meat.

Vitamin D, calciferol, fat-soluble. Discovered by Edward Mellanby in 1922. Also known as calciferol, anti-rickets vitamins, there are mainly vitamin D2, ergocalciferol, and vitamin D3, cholecalciferol. This is the only vitamin that the human body can synthesize in small amounts. It is mostly found in cod liver oil, egg yolk, dairy products, and yeast.

Vitamin E, tocopherol is fat-soluble. Discovered in 1922 by Herbert Evans and Katherine Bishop. There are mainly four types: α, β, γ, and δ. It is mostly found in eggs, liver, fish, and vegetable oil.

Vitamin K, naphthoquinones, fat-soluble. Discovered by Henrik Dam in 1929. It is a collective name for a series of naphthoquinone derivatives, mainly natural vitamin K1 from plants, vitamin K2 from animals, and synthetic vitamin K3 and vitamin K4. Also known as coagulation vitamins. It is mostly found in spinach, alfalfa, cabbage, and liver.