The intermediate is roughly equivalent to the semi-finished product, which belongs to the middle of multi-stage process and the product after a certain process treatment, that is, it still belongs to the industrial material, not the final product. The production of medicines requires a large number of special chemicals which are different from the main components of medicines. Pharmaceutical intermediates belong to fine chemical products, the production of pharmaceutical intermediates has become a major industry in the international chemical industry. 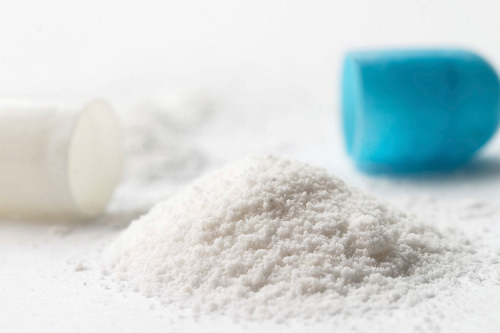 Pharmaceutical intermediates are an important part of fine chemical industry, and their development level is a symbol of national chemical modernization level. For many years, the pharmaceutical intermediates industry has been the focus of intense competition and investment in many countries. In the past two decades, the pharmaceutical industry in the world has made unprecedented progress. By the end of 1990s, the world pharmaceutical market had reached about usd 256 billion /a, and the sales of pesticide was about USD 23 billion /a. As far as medicine is concerned, in the past decade, although biotechnology and gene drugs are developing continuously as a new talent, important patent drugs are also being accepted by people. The development trend of world pharmaceutical industry in the future is: high technology, high demand, high speed and high concentration.

The main features are as follows:

1.New drugs emerge in endlessly, and the variety update is accelerated. Such as quinolones, over the past 30 years, more than 20,000 compounds have been chemically synthesized and screened against antibiotics. From 1962 to 1969, Nalidixic acid, Oxalinic acid and Piromidic acid were successfully researched and developed. Flumequine and Pipemidic acid were replaced between 1970 and 1977. Since 1978, fluoroquinolones appeared and became the third generation of quinolones, such as Ciprofloxacin , Lomefloxacin and Offoxacin. They have a wide antibacterial spectrum and stronger activity, and their efficacy is comparable to that of the third or fourth generation cephalosporins.

3.As a high-tech industry, the pharmaceutical industry needs a high level of knowledge. Pharmaceutical companies in many countries are strengthening their research teams. For example, researchers in American pharmaceutical enterprises account for 15% of the practitioners, among whom 26.7% have obtained doctor's and master's degrees.

4.The growth of giant enterprises. Pharmaceutical enterprises in developed countries expand their economic strength and develop research capacity through mergers to occupy the market and strive to enter the best scale. In France, for example, there were 1,960 pharmaceutical companies in 1950, 880 in 1970, 392 in 1980, and 358 in 1989. For example, in the 10 months of 1990, there were 36 mergers and acquisitions of Pharmaceutical companies in Japan, while there were only 10 in the 10 years from 1979 to 1989. They all adopt the trinity of scientific research, production (including API and preparation), sales operation mode and scale production. They also focus on the future, with hopes to become a large variety of drugs, such as naproxen (Piproxen) piperazine acid, Ranitidine (Ranitidine), etc., before its patent protection will be full, racing to find partners, to develop new technical route and the new production technology, development of production, reduce costs, expand sales, to better participate in international competition.