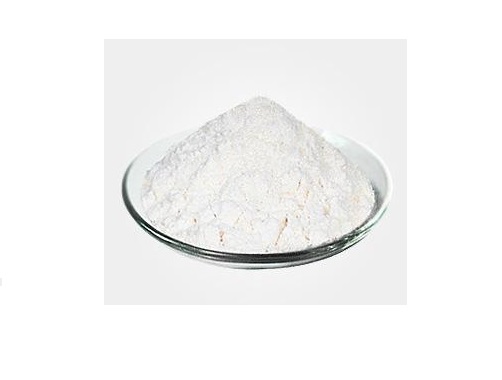 We can customize according to customer's requirement.

If you have any question pls mail us or call us.

Amproline hydrochloride is an acidic white powder, which can competitively inhibit the uptake of thiamine by coccidia, thereby inhibiting the development of coccidia. It is mainly used for the prevention and treatment of chicken coccidia, but it is not allowed to be used in laying hens, and it can also be used in mink, cattle and sheep.

Amproline has a chemical structure similar to thiamine. It is a traditionally used anticoccidial drug with a good anticoccidial effect and is still widely used in countries all over the world.

Amproline can competitively inhibit the uptake of thiamine by coccidia. In the cell, thiamine is synthesized into thiamine pyrophosphate, which participates in the oxidative decarboxylation reaction of α-keto acid in the process of sugar metabolism, which is α-keto acid. The coenzyme in the dehydrogenase system, because amproline lacks the hydroxyethyl group of thiamine, cannot be pyrophosphorylated, so that many reactions cannot proceed, hindering the carbohydrate metabolism process in the body cells, and inhibiting the development of coccidia .

The peak period of amprolin on chicken coccidia is to prevent the first generation of schizonts from forming merozoites. In addition, it also inhibits the coccidia's sexual cycle and oocysts formed by spores.

(1) Poultry Amproline has the strongest effect on chicken tender and Eimeria acerola, but it has a slightly worse effect on poisonous, Brinell, giant, and mild Eimeria. Usually the therapeutic concentration does not completely inhibit the production of oocysts. Therefore, at home and abroad, it is often used in combination with ethoxyamide benzyl and sulfaquinoxaline to enhance the efficacy.

Amproline's inhibitory effect on the body's coccidial immunity is not obvious.

(2) Cattle and sheep Amprolin has a good preventive effect on Eimeria in calves and Eimeria in lambs. For lamb coccidia, the daily dose of 55mg/kg can be used continuously for 14-19 days. For calf coccidiosis, use 5 mg/kg daily for 21 days for prevention, and 10 mg/kg daily for treatment for 5 days.

For the isosporosis of mink, drinking water at a concentration of 120mg/L for 30 days can effectively prevent the discharge of oocysts.

Take the intermediate for the production of vitamin B1 as a raw material, undergo cyclization, hydrolysis and ring opening, and then diazotize to convert the amino group into a hydroxyl group, which is prepared by condensation reaction.

Since the structure of amproline is similar to thiamine, it can produce a competitive antagonistic effect. If the concentration of amproline is too high, it can cause thiamine deficiency and polyneuritis in chickens. Even if thiamine is added, the chickens can recover. , But obviously affect the anti-coccidial activity of amprofen. It is said that when the content of thiamine in each kilogram of feed exceeds 10 mg, the anti-coccidial effect of chlorpropion begins to weaken.