The global Active Pharmaceutical Ingredient (API) market has continued to expand this year and has gradually shifted to Asian countries. China has always occupied an important position in the API market by relying on its cost advantage. At the same time, as Chinese API manufacturers continue to increase R&D investment, improve production technology and improve production equipment in this field, the competitiveness of Chinese API manufacturers in the API industry continuously enhance.

Mosinter Group is a chemical raw material manufacturer specializing in the production of APIs in pharma. We produce some API products dedicated to the pharmaceutical industry. They meet the highest international quality standards for API production. We provide APIs for various pharmaceutical applications such as heart and cerebral vessels API, insect repellent API, vitamin preparation API and so on.

Active Pharmaceutical Ingredient (API) refers to the raw materials used in the production of various preparations. They are the effective ingredients in the preparations.

Various powders, crystals, extracts, etc., prepared by chemical synthesis, plant extraction or biotechnology can all be called API. However, the patient cannot take these substances directly.

Active Pharmaceutical Ingredient is well defined in ICH Q7A as: "Any substances or mixture of substances intended to be used in the manufacture of pharmaceuticals, and when used in pharmaceuticals, it becomes an active ingredient of a pharmaceutical. These substances have pharmacological activity or other direct effects in the diagnosis, treatment, symptom relief, treatment or prevention of diseases, or can affect the function or structure of the body."

APIs are used to produce the upstream activity of the final finished drug. The substance itself cannot be used directly for medical purposes. 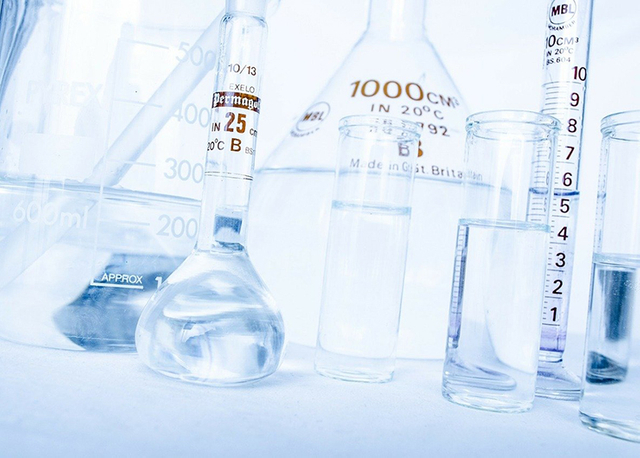 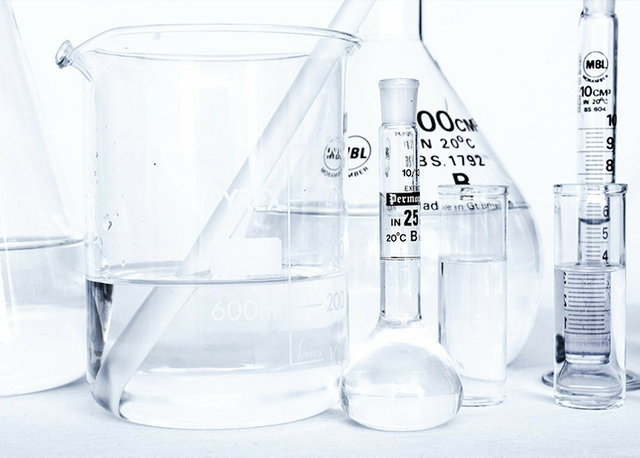 Intermediates can be produced in ordinary chemical plants without the production license of API and used in the synthesis of API as long as they reach some levels. The pharmaceutical intermediates industry can provide customized synthesis services for intermediates according to customer requirements.

According to its source, Active Pharmaceutical Ingredients are divided into two categories: synthetic chemical drugs and natural chemical drugs.

Natural chemical drugs can also be divided into two categories: biochemical drugs and phytochemical drugs according to their sources. Antibiotics are generally produced by microbial fermentation and belong to the category of biochemistry. A variety of semi-synthetic antibiotics that have appeared in recent years are the products of a combination of biosynthesis and chemical synthesis. Among the raw materials, organic synthetic drugs account for the largest proportion of varieties, output and output value, and are the main pillars of the chemical pharmaceutical industry. The quality of raw materials determines the quality of preparations, so its quality standards are very strict. Countries around the world have formulated strict national pharmacopoeia standards and quality control methods for their widely used raw materials.

According to product value and technical characteristics, APIs can be divided into three categories: bulk APIs, specialty APIs and patent APIs.

Bulk APIs refer to traditional chemical APIs with large tonnage such as penicillin, vitamins, hormones, etc. that do not involve patent issues, while specialty APIs refer to APIs of drugs that are in the patent protection period or within a period of time after the end of the patent protection period. Pharmaceutical raw materials. The profit margin of specialty APIs is usually higher than that of bulk APIs.

Due to the difference in product value and technical characteristics, various types of APIs also face different competition patterns:

1) Bulk APIs: Competition is fierce. With increasing environmental pressure and industry consolidation, the remaining companies have increased their bargaining power, but the overall industry is highly competitive and has low profit margins.

2) Featured APIs: Compared with bulk APIs, they have a certain technical content, but the self-produced and self-sold model is still the mainstay. At the same time, the subsequent fierce competition for a single product will lead to poor profit growth and have certain risks. A variety of specialty API companies need to focus on their R&D capabilities and product lines.

3) Patented APIs: contract customized R&D and production, there are high technical difficulties, high customer stickiness, net profit margin is significantly higher than the former two, there are certain investment opportunities, need to pay attention to the top five customers on their sales Accounted for. 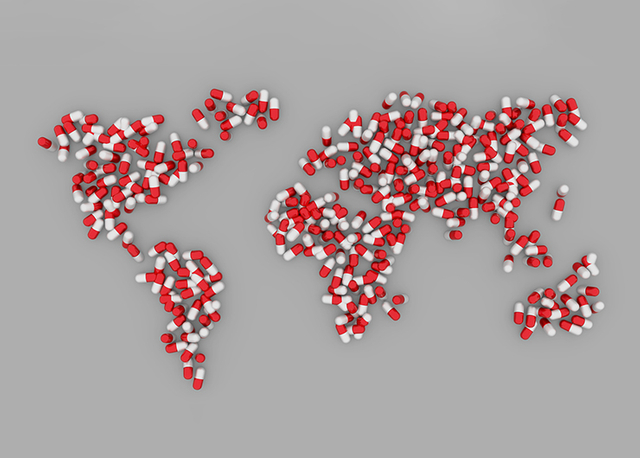 According to the phamaceutical applications of the API, we can divide it into many different categories, such as:

API and its Industrial Chain

The API industry includes API (Active Pharmaceutical Ingredient) and intermediates. There are two major sources of upstream raw materials, one is the basic chemical industry, and the other is the planting industry. The main downstream application area is pharmaceutical preparations. At present, my country is still dominated by chemical drugs, which can reach a trillion scale. Secondly, APIs are also widely used in the fields of feed, health products, and food.

• Overview of the API market

Overview of the demand side of APIs

The future development of the global API industry will maintain the following trends:

1) The global API market will continue to expand

2) The demand for biotechnology raw materials will continue to increase

3) The global API industry is gradually shifting to Asian countries

Overview of API supply side

Global market overview: one is going down and the other is growing, emerging markets are gradually overtaking.

From a global perspective, APIs are mainly concentrated in five major production regions: Western Europe, North America, Japan, India and China. In the short term, this regional pattern will not change significantly, but in recent years, the five major API production regions have undergone many changes with each other, showing a situation where one is going to lose strength.

As emerging markets, India and China have very similar situations in the API industry. Both are among the strongest countries in API and both are big exporters of APIs. However, although India's APIs have become a climate and the future development momentum is relatively strong, the output value and export value are still slightly lower than China. With the rapid development of the API industry in the two countries, coupled with the production and export of generic APIs, there will be fierce competition in the international API market in the future. In addition, benefiting from the rapid development of its own pharmaceutical industry and the increase in international demand for raw materials, the growth of the raw materials industry of the two countries is very impressive, and the future development prospects are generally optimistic.

It is worth mentioning that compared with India, Chinese APIs currently have significant advantages in the international market:

On the one hand, the overall scale of China's API industry is larger, and India has not yet formed a national API production base like China. Except for a few large companies that have their own API R&D and production capabilities, most Indian pharmaceutical companies lack Related API production technology, so Indian preparation manufacturers import APIs and intermediates with a total value of more than US$2 billion from China every year;

On the other hand, China is ahead of India in APIs such as antibiotics, antipyretic and analgesics, vitamins, and corticosteroids, and even has a pivotal position in the international market. Taking vitamin APIs as an example, my country’s In addition to a small number of varieties that cannot be produced, most of the output and export volume are among the top in the world, among which VC is the world's largest producer and exporter. With the continuous upgrading of Chinese API companies in terms of production technology, scale and quality, China's APIs will take a step forward in the international market in the future.

4. Climate advantage: the climate is suitable for fermentation products. 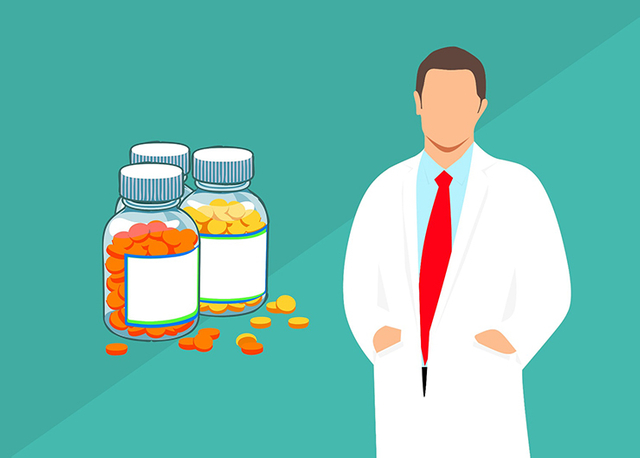 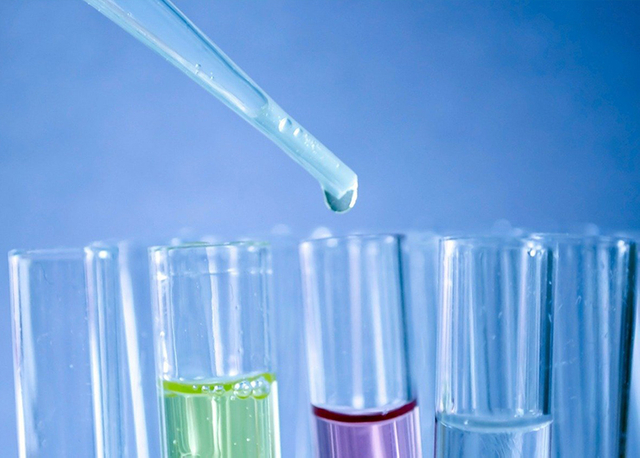 Both the overall market share and exports of my country's API industry are showing an upward trend. Statistics show that China is the largest producer and exporter of APIs, capable of producing more than 1,500 APIs and intermediates, accounting for nearly one-third of the global generic API commodity market.

However, China's APIs are also facing many challenges, such as overcapacity and low added value of products relative to the international market. At the same time, with the continuous advancement of China's new environmental protection law, the production costs of APIs have risen. In addition, the external environment of the pharmaceutical raw material drug market is becoming increasingly severe, and international standards have gradually improved. Chinese raw material drug companies are facing many problems and tests.

Of course, in addition to challenges, there are also opportunities. As the world's second largest pharmaceutical consumer market, China's drugs are dominated by generic drugs. As the global patented drugs expire in the next few years, APIs Industry in China may usher in a rare period of rapid development. There are also many API companies that have gradually made some achievements in specialty APIs and patent APIs through increased investment and continuous exploration, such as anti-hypertensive, anti-tumor, central nervous system, and hypoglycemic specialty chemical APIs,, Mainly used for the production of generic drugs whose patents expire or are about to expire, and the added value of the products is often high.

Based on the above realistic challenges, China's pharmaceutical raw materials industry will usher in the following development trends.

3) More companies will vertically extend to the upstream intermediates and downstream formulations of the industry chain, and/or enter the C(D)MO industry.

Since the establishment of the company, Mosinter Group has continued to develop and innovate. We have an excellent R&D team constantly improving production technology. Our company constantly improves production equipment, updates and enriches our API product library to satisfy our customers' demand.

If you would like to have a question then get in touch today, we are ready to assist 24/7.
We welcome your cooperation and we will develop with you.