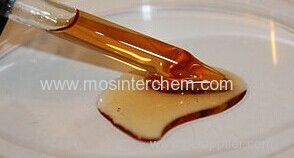 Vitamin E refers to a group of ten lipid-soluble compounds that include both tocopherols and tocotrienols. Of the many different forms of vitamin E,γ-tocopherol is the most common in the North American diet. γ-Tocopherol can be found in corn oil, soybean oil, margarine, and dressings. α-tocopherol, the most biologically active form of vitamin E, is the second-most common form of vitamin E in the diet. This variant can be found most abundantly in wheat germ oil, sunflower, and safflower oils.

Vitamin E has many biological functions, the antioxidant function being the most important and best known. Other functions include enzymatic activities, gene expression, and neurological function(s). The most important function of vitamin E has been suggested to be in cell signaling (and it may not have a significant role in antioxidant metabolism).

•     As an antioxidant, vitamin E acts as a peroxyl radical scavenger, preventing the propagation of free radicals in tissues, by reacting with them to form a tocopheryl radical, which will then be reduced by a hydrogen donor (such as vitamin C) and thus return to its reduced state. As it is fat-soluble, it is incorporated into cell membranes, which protects them from oxidative damage. Vitamin E has also found use as a commercial antioxidant in ultra high molecular weight polyethylene (UHMWPE) used in hip and knee replacements, to help resist oxidation.

•     As an enzymatic activity regulator, for instance, protein kinase C (PKC), which plays a role in smooth muscle growth, can be inhibited by α-tocopherol. α-Tocopherol has a stimulatory effect on the dephosphorylation enzyme, protein phosphatase 2A, which in turn, cleaves phosphate groups from PKC, leading to its deactivation, bringing the smooth muscle growth to a halt.

While vitamin E supplementation was initially hoped to have a positive effect on health, research has not supported this hope. Vitamin E does not decrease mortality in adults, even at large doses, and high-dosage supplementation may slightly increase it. It does not improve blood sugar control in an unselected group of people with diabetes mellitus or decrease the risk of stroke. Daily supplementation of vitamin E does not decrease the risk of prostate cancer and may increase it. Studies on its role in age-related macular degeneration are ongoing as, though it is of a combination of dietary antioxidants used to treat the condition, it may increase the risk. A Japanese study in 2012 found vitamin E may contribute to osteoporosis.

In a 2013 study, 613 people with "mild to moderate Alzheimer's disease" were given either a daily dose of vitamin E, memantine, both vitamin E and memantine, or a placebo. Those given vitamin E had slower cognitive decline than those given the placebo. Although the study suggests that vitamin E supplementation may slow the progression of dementia, the dosage was very high and may be unsafe in the long term. Furthermore, Dr. Eric Karran, director of research at Alzheimer's ResearchUK, stated that "until the findings from this trial have been replicated, we would not encourage people to take high doses of vitamin E supplements to try to prevent or treat Alzheimer's."

A 2012 Cochrane Review examined the potential effectiveness of antioxidant vitamin supplementation in preventing and slowing the progression of age-related cataract. The included studies involved supplementation of vitamin E, along with β-carotene and vitamin C, either dosed independently or in combination, and compared to the placebo. The systematic review showed that vitamin E supplementation had no protective effect on reducing the risk of cataract, cataract extraction, progression of cataract, and slowing the loss of visual acuity.