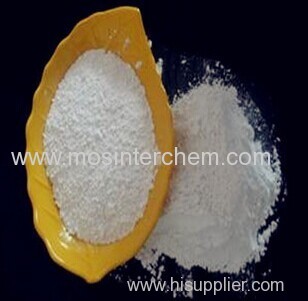 Sodium dodecyl sulfate (SDS or NaDS), sodium laurilsulfate or sodium lauryl sulfate (SLS) is an organic compound with the formula CH3(CH2)11OSO3Na. It is an anionic surfactant used in many cleaning and hygiene products. The salt is of an organosulfate consisting of a 12-carbon tail attached to a sulfate group, giving the material the amphiphilic properties required of a detergent. Being derived from inexpensive coconutand palm oils, it is a common component of many domestic cleaning products.

Sodium coco-sulfate is essentially the same compound, but made from less purified coconut oil.

SDS is mainly used in detergents for laundry with many cleaning applications. SDS is a highly effective surfactant and is used in any task requiring the removal of oily stains and residues. For example, it is found in higher concentrations with industrial products including engine degreasers, floor cleaners, and car wash soaps. It is found in toothpastes, shampoos, shaving creams, and bubble bath formulations in part for its thickening effect and its ability to create a lather. Pepsodent toothpaste at one time used the name "Irium" for its sodium lauryl sulfate ingredient.

It can be used to aid in lysing cells during DNA extraction and for unraveling proteins in SDS-PAGE. Sodium lauryl sulfate, in science referred to as sodium dodecyl sulfate (SDS) or Duponol, is commonly used in preparing proteins for electrophoresis in the SDS-PAGE technique. This compound works by disrupting non-covalent bonds in the proteins, denaturing them, and causing the molecules to lose their native shape (conformation).

This new negative charge is significantly greater than the original charge of that protein. The electrostatic repulsion that is created by binding of SDS causes proteins to unfold into a rod-like shape thereby eliminating differences in shape as a factor for separation in the gel.

Sodium lauryl sulfate is probably the most researched anionic surfactant compound. Like all detergent surfactants, sodium lauryl sulfate removes oils from the skin, and can cause skin and eye irritation. The critical micelle concentration (CMC) in pure water at 25 °C is 8.2 mM, and the aggregation number at this concentration is usually considered to be about 62. Themicelle ionization fraction (α) is around 0.3 (or 30%).

Aqueous solutions of SDS are also popular for dispersing or suspending nanotubes.

Sodium lauryl sulfate is also used in the analysis of hemoglobin. The hydrophobic group of SLS acts upon the globin subunit, causing a conformational change. The hydrophillic group of SLS then binds with the oxidized iron subunit, producing a stable reaction product which can then be analyzed, giving a hemoglobin value which is used as part of a complete blood count.

SDS represent a potentially effective topical microbicide, which can also inhibit and possibly prevent infection by various enveloped and non-enveloped viruses such as the Herpes simplex viruses, HIV, and the Semliki Forest Virus.

Evidence suggests that surfactants such as sodium lauryl sulfate can act as a shark repellent at concentrations on the order of 100 parts per million. However, this does not meet the desired "cloud" deterrence level of 0.1 parts per million.

Some species of flies, ants, and moths are attracted to sodium lauryl sulfate, even in small amounts, and are then killed by it. It is the main active ingredient in most store-bought fruit fly killers. Fruit flies are more commonly attracted to it, however, if the chemical is in a sweet-smelling soap or detergent.

Sodium lauryl sulfate temporarily diminishes perception of sweetness, an effect commonly observed after recent use of toothpaste containing this ingredient.

SDS is not carcinogenic when either applied directly to skin or consumed. A review of the scientific literature stated "SLS [SDS] was negative in an Ames (bacterial mutation) test, a gene mutation and sister chromatid exchange test in mammalian cells, as well as in an in vivo micronucleus assay in mice. The negative results from in vitro and in vivo studies indicate SDS does not interact with DNA." The same review also stated "In the only carcinogenicity study available, SDS was not carcinogenic in Beagle dogs, though the short study duration and limited details provided limit the significance that can be attached to the data."

It has been shown to irritate the skin of the face, with prolonged and constant exposure (more than an hour) in young adults. SDS may worsen skin problems in individuals with chronic skin hypersensitivity, with some people being affected more than others.[ In animal studies SDS appears to cause skin and eye irritation.

SDS can contact the face from aerosolized dust during SDS reparation for laboratory purposes. To prevent contact with face and eyes, a dust-free "pellet" form of SDS is available which essentially eliminates SDS dust inhalation and contact with the face.

There have been several studies on how SDS in toothpaste affects the recurrence of aphthous ulcers, commonly referred to in some countries as canker sores or white sores. The results of these studies have been inconsistent.

In 1994, a preliminary crossover study showed patients had a significantly higher number of aphthous ulcers after using SLS-containing toothpaste, compared with an SLS-free toothpaste. A follow-up double-blind crossover study in 1996 further supported these results, as did a separate study in 1997.

Rembrandt Gentle White toothpaste, which does not contain SLS, was formerly sold by Johnson & Johnson.

Some studies have suggested that SLS in toothpaste may decrease the effectiveness of fluoride at preventing dental caries (cavities). This may be due to SLS interacting with the deposition of fluoride on tooth enamel.