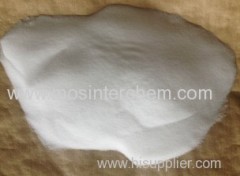 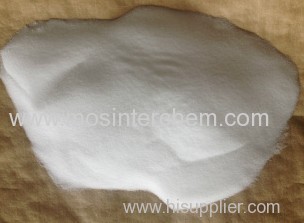 Sodium fluoride is an ionic compound, dissolving to give separated Na+ and F− ions. Like sodium chloride, it crystallizes in a cubic motif where both Na+and F− occupy octahedral coordination sites; its lattice spacing, approximately 462 pm, is somewhat smaller than that of sodium chloride.

The mineral form of NaF, villiaumite, is moderately rare. It is known from plutonic nepheline syenite rocks

Fluoride salts are used to enhance the strength of teeth by the formation of fluorapatite, a naturally occurring component of tooth enamel. Although sodium fluoride is also used to fluoridate water and, indeed, is the standard by which other water-fluoridation compounds are gauged, hexafluorosilicic acid (H2SiF6) and its salt sodium hexafluorosilicate (Na2SiF6) are more commonly used additives in the U.S. Toothpaste often contains sodium fluoride to prevent cavities. Alternatively, sodium fluoride is used as a cleaning agent (e.g., as a "laundry sour"). A variety of specialty chemical applications exist in synthesis and extractive metallurgy. It reacts with electrophilic chlorides including acyl chlorides, sulfur chlorides, and phosphorus chloride. Like other fluorides, sodium fluoride finds use in desilylation in organic synthesis. The fluoride is the reagent for the synthesis offluorocarbons.