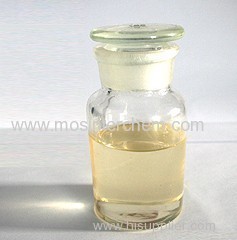 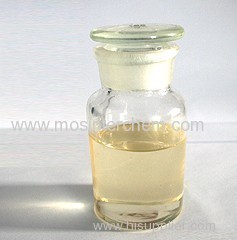 In addition to being a chemical reagent, phosphoric acid has a wide variety of uses, including as a rust inhibitor, food additive, dental and orthop(a)edic etchant, electrolyte, flux, dispersing agent, industrial etchant, fertilizer feedstock, and component of home cleaning products.

The dominant use of phosphoric acid is for fertilizers, consuming approximately 90% of production.

Food-grade phosphoric acid (additive E338) is used to acidify foods and beverages such as various colas. It provides a tangy and sour taste. Various salts of phosphoric acid, such asmonocalcium phosphate, are used as leavening agents.

Phosphoric acid and its derivatives are pervasive and find many niche applications.

Phosphoric acid may be used to remove rust by direct application to rusted iron, steel tools, or other surfaces. The phosphoric acid changes the reddish-brown iron(III) oxide, Fe2O3 (rust) toferric phosphate, FePO4. An empirical formula for this reaction is:

Liquid phosphoric acid may be used for dipping, but phosphoric acid for rust removal is more often formulated as a gel. As a thick gel, it may be applied to sloping, vertical, or even overhead surfaces. Different phosphoric acid gel formulations are sold as "rust removers" or "rust killers". Multiple applications of phosphoric acid may be required to remove all rust. Rust may also be removed via phosphate conversion coating. This process can leave a black phosphate coating that provides moderate corrosion resistance (such protection is also provided by the superficially similar Parkerizing and blued electrochemical conversion coating processes).

Phosphoric acid is used in dentistry and orthodontics as an etching solution, to clean and roughen the surfaces of teeth where dental appliances or fillings will be placed. Phosphoric acid is also an ingredient in over-the-counter anti-nausea medications that also contain high levels of sugar (glucose and fructose). This acid is also used in many teeth whiteners to eliminate plaque that may be on the teeth before application.

Among other applications, phosphoric acid is used:

•     As an external standard for phosphorus-31 Nuclear magnetic resonance (NMR).

•     As a buffer agent in biology and chemistry; For example, a buffer for high-performance liquid chromatography.

•     As a chemical oxidizing agent for activated carbon production, as used in the Wentworth Process.

•     As the electrolyte in phosphoric acid fuel cells.

•     With distilled water (2–3 drops per gallon) as an electrolyte in oxyhydrogen generators.

•     As a catalyst in the hydration of alkenes to produce alcohols, predominantly ethanol.

•     As an electrolyte in copper electropolishing for burr removal and circuit board planarization.

•     As a flux by hobbyists (such as model railroaders) as an aid to soldering.

•     In compound semiconductor processing, phosphoric acid is a common wet etching agent: for example, in combination with hydrogen peroxide and water it is used to etch InGaAs selective toInP.

•     Heated in microfabrication to etch silicon nitride (Si3N4). It is highly selective in etching Si3N4 instead of SiO2, silicon dioxide.

•     As a cleaner by construction trades to remove mineral deposits, cementitious smears, and hard water stains.

•     As a chelant in some household cleaners aimed at similar cleaning tasks.

•     In hydroponics pH solutions to lower the pH of nutrient solutions. While other types of acids can be used, phosphorus is a nutrient used by plants, especially during flowering, making phosphoric acid particularly desirable.

•     As a pH adjuster in cosmetics and skin-care products.

•     As a dispersing agent in detergents and leather treatment.

•     As an additive to stabilize acidic aqueous solutions within a wanted and specified pH range.