Oxytocin is a mammalian neurohypophysial hormone. Produced by the hypothalamus and stored and secreted by the posterior pituitary gland, oxytocin acts primarily as a neuromodulator in the brain.

Oxytocin plays an important role in the neuroanatomy of intimacy, specifically in sexual reproduction, in particular during and after childbirth. It is released in large amounts after distension of the cervix and uterus during labor, facilitating birth, maternal bonding, and, after stimulation of the nipples, lactation. Both childbirth and milk ejection result from positive feedback mechanisms.

Recent studies have begun to investigate oxytocin's role in various behaviors, including orgasm, social recognition, pair bonding, anxiety, and maternal behaviors. For this reason, it is sometimes referred to as the "bonding hormone". There is some evidence that oxytocin promotesethnocentric behavior, incorporating the trust and empathy of in-groups with their suspicion and rejection of outsiders. Furthermore, genetic differences in the oxytocin receptor gene (OXTR) have been associated with maladaptive social traits such as aggressive behaviour.

It is on the World Health Organization's List of Essential Medicines, a list of the most important medications needed in a basic health system.

Synthetic oxytocin is sold as proprietary medication under the trade names Pitocin and Syntocinon, and as generic oxytocin. Oxytocin is destroyed in the gastrointestinal tract, so it must be administered by injection or as nasal spray. It has a half-life of typically about three minutes in the blood, and given intravenously does not enter the brain in significant quantities – it is excluded from the brain by the blood–brain barrier. Evidence in rhesus macaques indicates that administration of oxytocin by nasal spray elevates oxytocin levels in the brain but does not prove that it enters the brain, as opposed to stimulating release from neurons within the brain via olfactory nerve stimulation, for example. Oxytocin nasal sprays have been used to stimulate breastfeeding, but the efficacy of this approach is doubtful.

The trust-inducing property of oxytocin might help those who suffer from social anxieties and mood disorders, but with the potential for abuse with confidence tricks and military applications.

Oxytocin is relatively safe when used at recommended doses, and side effects are uncommon. The following maternal events have been reported:

Excessive dosage or long-term administration (over a period of 24 hours or longer) have been known to result in tetanic uterine contractions, uterine rupture, postpartum hemorrhage, andwater intoxication, sometimes fatal.

Increased uterine motility has led to the following complications in the fetus/neonate:

Structure and relation to vasopressin

Oxytocin is a peptide of nine amino acids (a nonapeptide). Its systematic name is cysteine-tyrosine-isoleucine-glutamine-asparagine-cysteine-proline-leucine-glycine-amide (cys – tyr –ile – gln – asn – cys – pro – leu – gly – NH2, or CYIQNCPLG-NH2). Oxytocin has a molecular mass of 1007 daltons. One international unit (IU) of oxytocin is the equivalent of about 2micrograms of pure peptide. While the structure of oxytocin is highly conserved in placental mammals, a novel structure of oxytocin was recently reported in marmosets, tamarins, and other new world primates. Genomic sequencing of the gene for oxytocin revealed a single in-frame mutation (thymine for cytosine) which results in a single amino acid substitution at the 8-position (proline for leucine).

The biologically active form of oxytocin, commonly measured by RIA and/or HPLC techniques, is also known as the octapeptide "oxytocin disulfide" (oxidized form), but oxytocin also exists as a reduced dithiol nonapeptide called oxytoceine.It has been theorized that open chain oxytoceine (the reduced form of oxytocin) may also act as a free radical scavenger (by donating an electron to a free radical); oxytoceine may then be oxidized back to oxytocin via the redox potential of dehydroascorbate <---> ascorbate.

The structure of oxytocin is very similar to that of vasopressin (cys – tyr – phe – gln – asn – cys – pro – arg – gly – NH2), also a nonapeptide with a sulfur bridge, whose sequence differs from oxytocin by two amino acids. A table showing the sequences of members of the vasopressin/oxytocin superfamily and the species expressing them is present in the vasopressin article. Oxytocin and vasopressin were isolated and synthesized by Vincent du Vigneaud in 1953, work for which he received the Nobel Prize in Chemistry in 1955.

Oxytocin and vasopressin are the only known hormones released by the human posterior pituitary gland to act at a distance. However, oxytocin neurons make other peptides, including corticotropin-releasing hormone and dynorphin, for example, that act locally. The magnocellular neurosecretory cellsthat make oxytocin are adjacent to magnocellular neurosecretory cells that make vasopressin. These are large neuroendocrine neurons which are excitable and can generate action potentials. 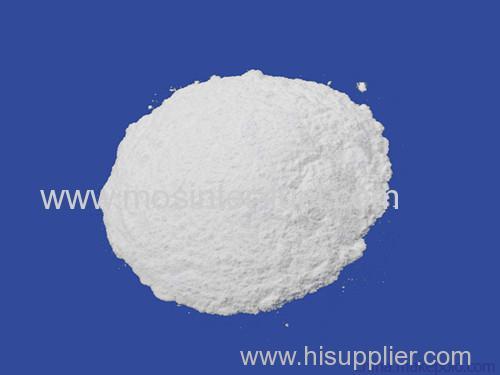 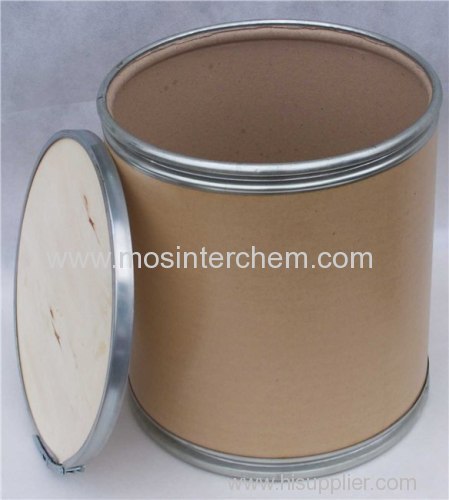 Package: 25KG drum or As per request of clients