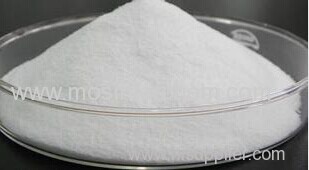 Serine (abbreviated as Ser or S) is an amino acid with the formula HO2CCH(NH2)CH2OH. It is one of the proteinogenic amino acids. Its codons in thegenetic code are UCU, UCC, UCA, UCG, AGU and AGC. By virtue of the hydroxyl group, serine is classified as a polar amino acid.

Serine is important in metabolism in that it participates in the biosynthesis of purines and pyrimidines. It is the precursor to several amino acids including glycine and cysteine, and tryptophan in bacteria. It is also the precursor to numerous other metabolites, including sphingolipids and folate, which is the principal donor of one-carbon fragments in biosynthesis.

Serine plays an important role in the catalytic function of many enzymes. It has been shown to occur in the active sites of chymotrypsin, trypsin, and many other enzymes.

As a constituent (residue) of proteins, its side chain can undergo O-linked glycosylation, which may be functionally related to diabetes.

It is one of three amino acid residues that are commonly phosphorylated by kinases during cell signaling in eukaryotes. Phosphorylated serine residues are often referred to as phosphoserine.

Serine proteases are a common type of protease.

D-Serine, synthesized in the brain by serine racemase from L-serine (its enantiomer), serves as both a neurotransmitter and a gliotransmitter by coactivating NMDA receptors, making them able to open if they then also bind glutamate. D-serine is a potent agonist at the glycine site of the NMDA-type glutamate receptor. For the receptor to open, glutamate and either glycine or D-serine must bind to it. In fact, D-serine is a more potent agonist at the glycine site on the NMDAR than glycine itself. D-serine was only thought to exist in bacteria until relatively recently; it was the second D amino acid discovered to naturally exist in humans, present as a signalling molecule in the brain, soon after the discovery of D-aspartate. Had D amino acids been discovered in humans sooner, the glycine site on the NMDA receptor might instead be named the D-serine site.

Research for therapeutic use

D-Serine is being studied in rodents as a potential treatment for schizophrenia and L-serine is in FDA-approved human clinical trials as a possible treatment for ALS.