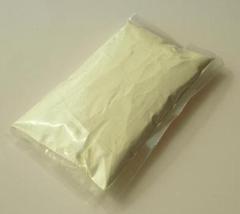 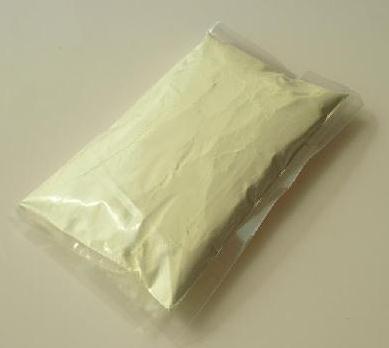 Amorphous indium oxide is insoluble in water but soluble in acids, whereas crystalline indium oxide is insoluble in both water and acids. The crystalline form exist in two phases, the cubic (bixbyite type) and rhombohedral (corundum type). Both phases have a band gap of about 3 eV. The parameters of the cubic phase are listed in the infobox. The rhombohedral phase is produced at high temperatures and pressures or when using non-equilibrium growth methods. It has a space group R3c No. 167, Pearson symbol hR30, a = 0.5487 nm, b = 0.5487 nm, c = 0.57818 nm, Z = 6 and calculated density 7.31 g/cm3.

Thin films of chromium-doped indium oxide (In2-xCrxO3) are a magnetic semiconductor displaying high-temperature ferromagnetism, single-phase crystal structure, and semiconductor behavior with high concentration of charge carriers. It has possible applications in spintronics as a material for spin injectors.

Thin polycrystalline films of indium oxide doped with Zn are highly conductive (conductivity ~105 S/m) and even superconductive at helium temperatures. The superconducting transition temperature Tc depends on the doping and film structure and is below 3.3 K.

Bulk samples can be prepared by heating indium(III) hydroxide or the nitrate, carbonate or sulfate. Thin films of indium oxide can be prepared bysputtering of indium target in argon/oxygen atmosphere. They can be used as diffusion barriers ("barrier metals") in semiconductors, e.g. to inhibitdiffusion between aluminium and silicon.

Monocrystalline nanowires were synthetized from indium oxide by laser ablation, allowing precise diameter control down to 10 nm. Field effect transistorswere fabricated from those. Indium oxide nanowires can serve as sensitive and specific redox protein sensors. Sol-gel method is another way to prepare the nanowires.

Indium oxide can serve as a semiconductor material, forming heterojunctions with p-InP, n-GaAs, n-Si, and other materials. A layer of indium oxide on a silicon substrate can be deposited from an indium trichloride solution, a method useful for manufacture of solar cells.

When heated to 700°C Indium(III) oxide forms In2O, (called indium(I) oxide or indium suboxide), at 2000°C it decomposes. It is soluble in acids but not in alkali. With ammonia at high temperature indium nitride is formed

In histology, indium oxide is used as a part of some stain formulations. 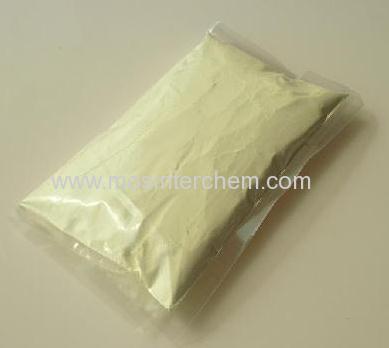 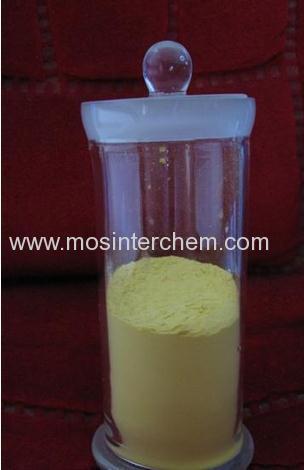 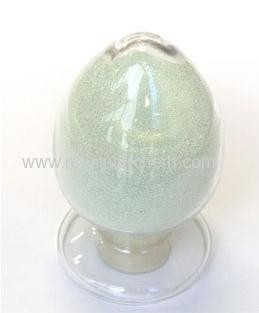