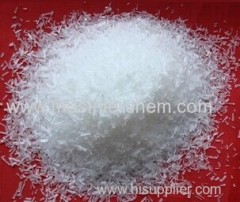 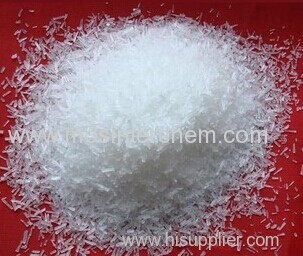 Monosodium glutamate (MSG) is used as a flavor enhancer in food preparation to increase its palatability and the MSG consumption is growing worldwide with average daily intake estimated as 3-4 g/day. The Food and Drug Administration (FDA) has determined MSG as safe for the general population and accordingly stated that an Acceptable Daily Intake (ADI) is not specified. However, recent studies support the hypothesis that MSG consumption may be associated with overweight, the metabolic syndrome, or arterial hypertension albeit these conclusions remain debated . No data are available on the effects of MSG on the urinary apparatus and kidney function in humans. Of note, chronic oral MSG intake in rats leads to changes in antioxidant systems and renal markers including lipid peroxidation byproducts , in agreement with what observed in rats injected with MSG . Moreover, dietary MSG increases the urinary pH in rats and alkaline urine may influence the kidney capacity to secrete or reabsorb metabolites that contribute to stone formation, as in the case of calcium phosphate products. Based on these observations we hypothesized that chronic oral MSG consumption may increase the risk of renal stone formation and renal function impairment and the aim of the present study is to investigate the nephrological effects of long-term oral MSG consumption in rats.

MSG used in this study was a commercially available 99%-pure food-grade package, while all other chemicals and solvents were of analytical grade. Adult male Wistar rats (150-200g) were obtained from the National Laboratory Animal Center (Salaya, Mahidol University, Bangkok, Thailand) and housed under controlled laboratory conditions of temperature (25 ± 2 °C), humidity (60%) and 12 h light/12 h dark cycle. All experiments were done under the guideline of the Northeast Laboratory Animal Center (NELAC), Khon   Kaen University,Thailand, and approved by the Animal Ethics Committee of Khon Kaen University, Thailand.

A group of 6-week old rats (n=20) received a standard rat chow pellet (Perfect Companion Group, Bangkok, Thailand) and water ad libitum. In the treated group (n=10), MSG was added to drinking water to achieve a daily dose of 2 mg/g body weight as estimated by daily water intake measurements. Mean MSG consumption was calculated from the amount of MSG water consumed daily, and expressed in mg per gram of body weight. The MSG concentration in drinking water based on the weekly water intake and previous body weight ranged between 0.6%-2.0% during the 9 months of the study. Food intake and body weight were recorded every one and two weeks, respectively. Animals of both groups were sacrificed 9 months later by intraperitoneal Nembutal injection (euthanizing dose) after 12-hour fasting. Urine samples were collected one week before sacrifice. The animals were housed in individual stainless steel metabolic cages designed for the separate collection of urine and a 24-hour urine sample was collected from each animal. Urine volumes were recorded and samples were kept at −70°C until analyzed. Blood samples were collected on the day of sacrifice by abdominal venous puncture and serum and plasma were separated by centrifugation at 1500xg, 4°C for 10 minutes and stored at −70°C until analyzed. Kidneys were washed with normal saline, dissected, and fixed in 4% paraformaldehyde solution for histopathological analysis.

Serum creatinine and blood urea nitrogen (BUN) concentrations were determined by Jaffe and diacetyl monoxime methods, respectively. Inorganic phosphate concentration was determined as described elsewhere. Urinary analyses included the measurements of ammonium by Chaney et al. 1962, calcium and magnesium by atomic absorption, and protein by Lowry's method. Serum and urine electrolytes were analyzed by auto analyzer (Automate Cobas C6000). Citrate in urine was estimated by a new citrate lyase method. Based on the urinary excretion of calcium, citrate, phosphate, urine pH and the urine volume, we then calculated the ion-activity products of calcium phosphate [AP(CaP)] . The index estimates the risk of in vivo crystalization of CaP in urine using the following formula