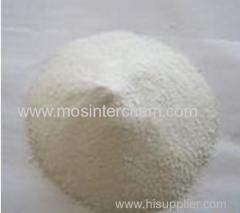 Chitin is a long-chain polymer of a N-acetylglucosamine, a derivative of glucose, and is found in many places throughout the natural world. It is the main component of the cell walls of fungi, the exoskeletons of arthropods such as crustaceans (e.g., crabs, lobsters and shrimps) and insects, the radulae of molluscs, and the beaks and internal shells of cephalopods, including squid and octopuses. The structure of chitin is comparable to the polysaccharide cellulose, forming crystalline nanofibrils or whiskers. In terms of function, it may be compared to the protein keratin. Chitin has also proven useful for several medical and industrial purposes. In butterfly wing scales, chitin is often organized into stacks of nano-layers or nano-sticks made of chitin nanocrystals that produce various iridescent colors by thin-film interference: similar, analogous structures made of keratin are found in iridescent bird plumage.

The English word "chitin" comes from the French word chitine, which first appeared in 1821 and derived from the Greek word χιτών (chiton), meaning covering.

The structure of chitin was solved by Albert Hofmann in 1929.

Chitin is a modified polysaccharide that contains nitrogen; it is synthesized from units of N-acetylglucosamine (to be precise, 2-(acetylamino)-2-deoxy-D-glucose). These units form covalent β-1,4 linkages (similar to the linkages between glucose units forming cellulose). Therefore, chitin may be described as cellulose with one hydroxyl group on each monomer replaced with anacetyl amine group. This allows for increased hydrogen bonding between adjacent polymers, giving the chitin-polymer matrix increased strength.

In its unmodified form, chitin is translucent, pliable, resilient, and quite tough. In arthropods, however, it is often modified, becoming embedded insclerotin, a tanned proteinaceous matrix, which forms much of the exoskeleton. In its pure form, chitin is pliable and leathery in texture, but in most invertebrates it occurs largely as a component of composite materials. Combined with calcium carbonate, as in the shells of crustaceans and molluscs, chitin produces a much stronger composite. This composite material is much harder and more stiff than pure chitin, and is tougher and less brittle than purecalcium carbonate. Another difference between pure and composite forms can be seen by comparing the flexible body wall between the segments of acaterpillar (mainly chitin) to the stiff, light elytron of a beetle (containing a large proportion of sclerotin).

Most recent studies point out that chitin is a good inducer of defense mechanisms in plants. It has also been assessed as a fertilizer that can improve overall crop yields. The EPA regulates chitin for agricultural use within the USA. Chitosan is prepared from chitin by deacetylation.

Chitin is used in industry in many processes. Examples of the potential uses of chemically modified chitin in food processing include the formation edible films and as an additive to thicken and stabilize foods and pharmaceuticals. It also acts as a binder in dyes, fabrics, and adhesives.[citation needed] Industrial separation membranes and ion-exchange media can be made from chitin. Processes to size and strengthen paper employ chitin and chitosan. Researchers have developed a method for using chitosan as a reproducible form of biodegradable plastic and as a promising substrate for engineering human tissues by use of three-dimensional bioprinting.

Chitin's properties as a flexible and strong material make it favorable as surgical thread. Its biodegradibility means it wears away with time as the wound heals. Moreover, chitin has been reported to have some unusual properties that accelerate healing of wounds in humans.

Occupations associated with high environmental chitin levels, such as shellfish processors, are prone to high incidences of asthma. Recent studies have suggested that chitin may play a role in a possible pathway in human allergic disease. To be specific, mice treated with chitin develop an allergic response, characterized by a build-up of interleukin-4-expressing innate immune cells. In these treated mice, additional treatment with a chitinase enzyme abolishes the response.

Chitin may be employed for affinity purification of recombinant protein. A chitin binding domain is genetically fused to a protein of interest and then contacted to beads coated with chitin. The immobilized protein is purified and released from the beads by cleaving off the chitin binding domain.