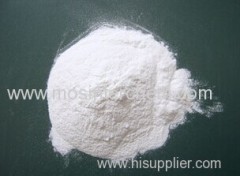 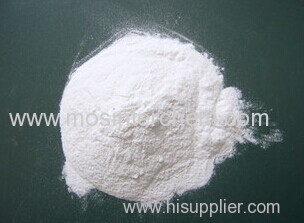 Hexabromocyclododecane Its primary application is in extruded (XPS) and expanded (EPS) polystyrene foam that is used as thermal insulation in the building industry. HBCD is highly efficient in this application so that very low levels are required to reach the desired flame retardancy. Typical HBCD levels in EPS are 0.7% and in XPS 2.5%. At present, according to BSEF, the brominated flame retardant industry panel, HBCD is the only suitable flame retardant for these applications. Any other flame retardant would likely need higher load levels in the polystyrene foam. Other uses are upholstered furniture, automobile interior textiles, car cushions and insulation blocks in trucks, packaging material, video cassette recorder housing and electric and electronic equipment. According to UNEP, "HBCD is produced inChina, Europe,Japan, and theUSA. The known current annual production is approximately 28,000 tonnes per year. The main share of the market volume is used in Europe andChina".

HBCD's toxicity and its harm to the environment are currently discussed. HBCD can be found in environmental samples such as birds, mammals, fish and other aquatic organisms as well as soil and sediment. On this basis, on 28 October 2008 the European Chemicals Agency decided to include HBCD in theSVHC list, Substances of Very High Concern, within the Registration, Evaluation, Authorisation and Restriction of Chemicals framework. HBCD has been found widely present in biological samples from remote areas and supporting evidences for its classification as Persistent, Bioaccumulative and Toxic (PBT) and undergoes long-range environmental transportation. In July 2012, an EU harmonised classification and labelling for HBCD entered into force. HBCD has been classified as a category 2 for reproductive toxicity. Since August 2010 hexabromocyclododecanes are included in the EPA's List of Chemicals of Concern. On 19 October 2012 the Persistent Organic Pollutants Review Committee, a subsidiary body of the Stockholm Convention on Persistent Organic Pollutants (POPs), adopted a recommendation to include HBCD in the Convention's Annex A for elimination, with specific exemptions for expanded and extruded polystyrene needed to give countries time to phase-in safer substitutes. Final decision will be taken in May 2013.

Because HBCD has 16 possible stereo-isomers with different biological activities, the substance poses a difficult problem for manufacture and regulation. The HBCD commercial mixture is composed of three main diastereomers denoted as alpha (α-HBCD), beta (β-HBCD) and gamma (γ-HBCD) with traces of others. A series of four published in vivo mice studies were conducted between several federal and academic institutions to characterize the toxicokinetic profiles of individual HBCD stereoisomers. The predominant diastereomer in the HBCD mixture, γ-HBCD, undergoes rapid hepatic metabolism, fecal and urinary elimination, and biological conversion to other diastereomers with a short biological half-life of 1-4 days. After oral exposure to the γ-HBCD diastereomer, β-HBCD was detected in the liver and brain, and α-HBCD and β-HBCD was detected in the fat and feces  with multiple novel metabolites identified - monohydroxy-pentabromocyclododecane, monohydroxy-pentabromocyclododecene, dihydroxy-pentabromocyclododecene, and dihydroxy-pentabromocyclododecadiene.  In contrast, α-HBCD is more biologically persistent, resistant to metabolism, bioaccumulates in lipid-rich tissues after a 10 day repeated exposure study, and has a longer biological half-life of up to 21 days; only α-HBCD was detected in the liver, brain, fat and feces with no stereoisomerization to γ-HBCD or β-HBCD and low trace levels of four different hydroxylated metabolites were identified.  Developing mice had higher HBCD tissue levels than adult mice after exposure to either α-HBCD or γ-HBCD indicating the potential for increased susceptibility of the developing young to HBCD effects. The reported toxicokinetic differences of individual HBCD diastereoisomers have important implications for the extrapolation of toxicological studies of the commercial HBCD mixture to the assessment of human risk.